It’s like living in a village in the middle of a city, where the streets are alive with a cosmopolitan mix of mostly young people associated with educational institutions - like the University of Cape Town - as well as first time home owners. Most of the houses are more than a 100 years old, in the Victorian style, in small and narrow streets. The high streets are Lower Main Road and Station Road. We have Devil’s Peak – part of the Table Mountain range – as our western border, with the Liesbeeck River and wetlands on the eastern end. On the northern side is the mostly Muslim suburb of Salt River, and on the south end, the real English suburb of Mowbray. Observatory consists of approximately 2000 houses, most of which are attached. 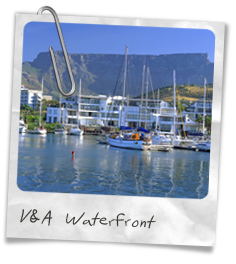 At the most south-western tip of Africa, the majestic Table Mountain towers over the city in a protective-like manner whilst the street life below bustles with colour and vibrancy.

Side-walk cafes and lively street markets make it an exciting place to spend your days. Not to mention the fine, white, sandy beaches.

Cape Town covers the Cape Peninsula, a mountainous area surrounded by unprecedented natural beauty, many beaches and the Atlantic Ocean.

Current prices compare very favorably with similar properties in other parts of the world.

HotPropertyInCapeTown.com web site is an online initiative to list, market and sell selected Cape Town properties to a South African, and International market.

The site is specifically developed in a manner that attracts multiple International users through quality content indexed by search engines.

For more information, or to have your own web site developed, contact: